This ultra-modern logistics facility will set the benchmark in the region and reinforce DWC’s commitment to become a global, multimodal logistics hub

Dubai-based Mohebi Logistics, one of the largest vertically-integrated supply chain management companies in the Middle East, has broken ground on its dynamic new facility at Dubai World Central (DWC).

Building on its successful and sustained track record in FMCG logistics through local know-how, strong market reputation and extensive network, the family-owned Emirati business is consolidating its entire Group activities at DWC.

More than doubles its storage capacity

In a groundbreaking ceremony held at the company’s new site in the Logistics District at DWC, Mohebi Logistics, a subsidiary of Mohebi Investments and an affiliate of Zainal Mohebi Holdings, revealed detailed plans for the AED 550 Million (US$150 million) center scheduled for completion by the end of 2016.

The new facility will be spread over 206,000 square meters of land and will encompass the Zainal Mohebi Holdings corporate office and storage capacity of 180,000 pallet positions. This is more than double the company’s existing storage and logistics capabilities, providing enhanced and customized services to its long-standing regional and global clientele.

A key contributor to Dubai’s growth 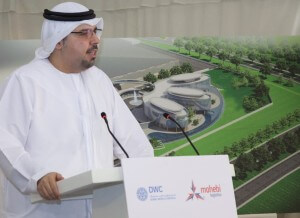 Mohammed Mohebi at the ceremony

Commenting on the historic event, Mohammed Mohebi, CEO of Mohebi Logistics and Zainal Mohebi Holdings, said: “To stay innovative, you must be willing to constantly re-evaluate how well you work with your business partners. We are proud and excited to become a strategic partner of Dubai World Central and a key contributor to Dubai’s continued economic growth.”

He continued: “It is important that Emirati talent and know-how offered by homegrown companies is developed to support our leadership’s vision of creating a knowledge-based economy. Dubai World Central will play a critical role in showcasing both Emirati talent and corporate capabilities, which in my opinion is crucial in serving our national interests.”

Strengthening the bonds with Emirati businesses 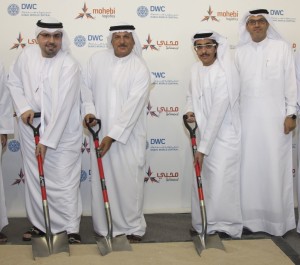 His Excellency Khalifa Al Zaffin, Executive Chairman, Dubai Aviation City Corporation, said: “We are proud to welcome to the DWC family one of the oldest and most exemplary Emirati family business organizations in the UAE – Zainal Mohebi Holdings. The company reflects our nation’s ethos of business excellence and progressive culture. We are confident that its corporate and operational growth will not only flourish under the DWC ecosystem, but shall also contribute to it.”

View of the office facade

In addition, Zainal Mohebi Holdings (ZMH) will consolidate its FMCG operations by also re-locating to Dubai World Central. The objective is to achieve a lean and efficient retail distribution business that can take full advantage of DWC’s infrastructure, multi-modal transport accessibility, dedicated services and facilities.

“The investment at DWC re-affirms our confidence and support in the UAE and the vision of our far-sighted rulers,” commented CEO Mohammed Mohebi while adding “Their commitment to providing globally recognised best practises and leading facilities and services has been at the heart of everything they do: “Connecting the World to Dubai and Dubai to the World”.